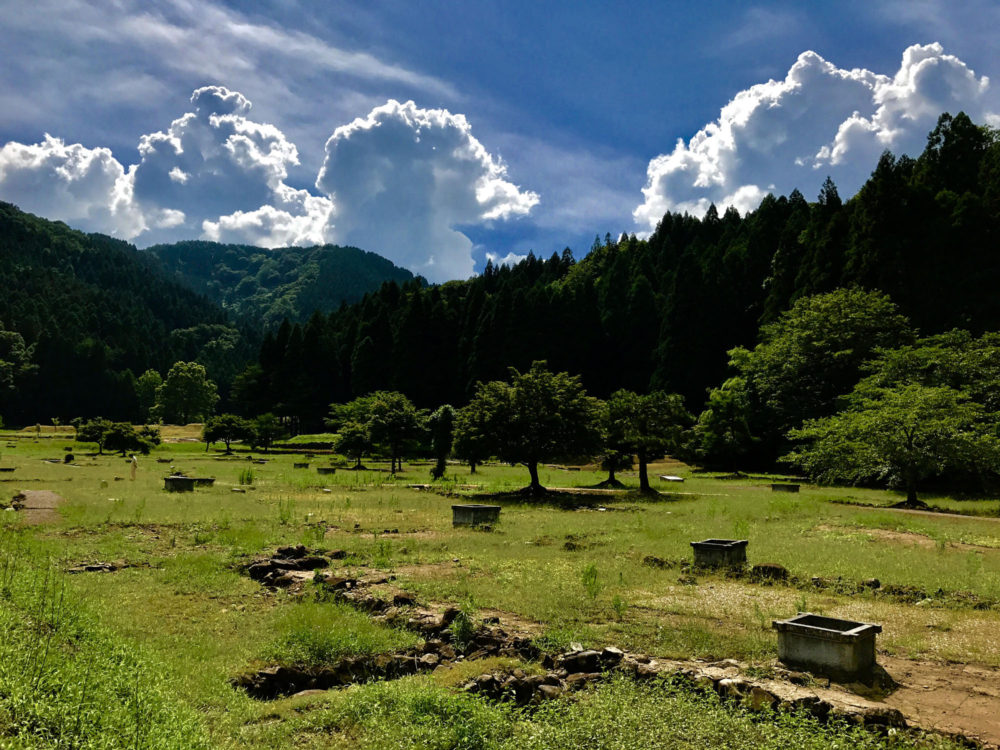 .
The location where the wells remain is like a Japanese version of Pompeii.
The time period is different, but Ichijodani was completely destroyed in three days like Pompeii.
It was mystery why there were still scattered wells even if everything else destroyed.
Usually, one in six households had a well. But in Ichijodani every household has two wells.
At that time, foreign culture came from Mikuni port.
The people in Ichijodani secured domestic distribution by using water transport of Lake Biwa that continued to Kyoto.
Echizen Japanese paper and the textile industry developed and the products were transported all over Japan.
With rare foreign imports coming into Mikuni, It is easy to imagine that this small valley population of 10,000 would become a blossoming advanced culture as one of the leading water and distributors in the country.